To give you a more precise insight into our work and abilities, we would like to present a few projects that we have completed.

For this project, we worked closely with the Web design team. The website was created using WordPress and the different language versions were managed using the WPML (WordPress Multilingual) plugin, which greatly simplified the exporting of texts and uploading of translations. The website translations were edited on the EURO:TEXT translation server.

WPML allows the texts to be converted into a CAT (computer-assisted translation) tool-compatible exchange format, thereby giving the involved linguists access to the translation memories and glossaries available on our server.

The main benefit of WPML for the Web designers was a significant reduction in the time and effort required for post-processing the different language versions as all formats were retained during the translation process.

The layout of the Spanish brochure had already been created using Adobe InDesign. For translation, the texts were exported into .idml file format, which is supported by our server and allows the retention of all formatting. The involved linguists were therefore able to access the translation memories and glossaries that are available on our server. The finished language versions were then imported back into the original layout.

Finally, the layout of the individual language versions was checked again, and the format adjusted. In most cases, only minor changes were required during this on account of the differing text lengths of the various language versions.

The wisdom of the decision to create the layout before having the translations completed was fully borne out as it allowed a significant reduction in turnaround time.

For this project, we worked closely with the Web design team. The website was created using Drupal and the content was then exported into .csv (Excel) format for translation.

This format is supported by our translation server, but with some restrictions. For example, certain font formats (e.g. italics or bold) cannot be marked up and must therefore be added subsequently in Drupal. Exporting the texts and importing the translations, on the other hand, is relatively straightforward.

As with all website translations, the translations were also checked again once they were online to ensure that everything had been uploaded to the website in full and in the correct format. 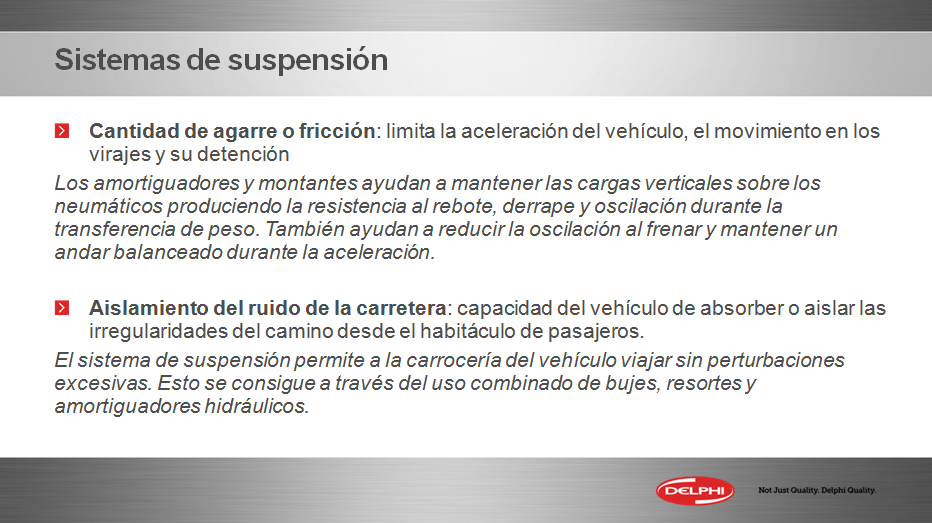 The advanced training course for tyre dealer specialists had been created in PowerPoint format.

The final control focused on the correct rendering and formatting of the diagram texts and tables, rather than the accuracy of the translation. Length adjustments were necessary in some places.

In this case, a PDF version of the manual was provided, rather than the original layout. Before translation, therefore, the PDF file had to be converted and edited as the stipulation was that the translation remain as faithful to the original format as possible. The illustrations were also to be included.

After completing and checking the translation, the format was subject to further post-processing to bring the pagination, font size and links etc. into line with the format of the original document.

Our client, a lab furniture manufacturer of international renown, publishes a product catalogue in six languages every year. In addition to this, extensive technical documentation and marketing material is kept in the six working languages. To facilitate the work of the (external) translators and (internal) proofreaders, the company terminology had to be compiled in six languages and translated.

As a translation partner of many years’ standing, we were entrusted with this task in which the valuable preliminary work done by the client and the documentation we had kept on file from previous translations was a great help. The client had already compiled a product database containing all products and accessories, from a complete laboratory cabinet to various types of screw. We had maintained a translation memory containing the complete translation of the catalogue along with a Termbase with the most important technical terms.

On the basis of this data, we were able to compile the terminology in the form of a glossary. The translators then verified and supplemented the draft translations before the terminology was checked by the staff at the client’s foreign branch offices who requested several changes. The final version was then approved for release and is now available to all staff.

The client was very pleased with the outcome because the standardization of the company’s terminology contributes towards the avoidance of errors. The compilation, translation and proofreading of documentation can now be done more efficiently and therefore at a more favourable price.

After successfully participating in a selection process, we were commissioned with the translation of the press releases for several trade fairs from German into English and Spanish. Although the fairs themselves only take place once a year, the press and marketing activities extend continuously over the whole year.

As press releases have to be translated very shortly after the originals are released, we put together a team of translators and proofreaders for this purpose. A dedicated translation memory and related Termbase are important tools for the translators and proofreaders. With very urgent translations, several translators can work on our server simultaneously in remote mode, thus considerably shortening the processing time. Coherence is nevertheless guaranteed as everyone involved in the project can access their colleagues’ translations in real time. The entire text is then proofread from beginning to end in the subsequent correction phase so that the final version is 100% ready for publication.

The feedback up to now has been very positive and the client particularly appreciates the punctual delivery and good quality of the translations.

Type of project: Translation of a customer magazine

We received an order from a famous 5-star hotel in a popular holiday region in Spain to translate a customer magazine.

The high-gloss colour magazine contained information on the hotel and its facilities and services, as well as lifestyle articles and leisure offers. The contributions covered a wide range of topics, from an interview with the hotel director on the future of tourism to restaurant tips and an article on golf courses.

Translations of this kind can pose a real challenge, because the goal is not only to find a correct and precise translation of the wording of the original text but also the perfect editorial interpretation. This isn’t always easy, because puns and idioms often have to be adapted. More than anything else, headings have to be “reinvented” because they cannot be translated 1:1. It is often the case that when something looks particularly easy, it involves a lot of hard work. The pleasure of achieving a good result is the greatest reward, however!

Our translation was positively received and the first issue has now been made available to the hotel guests. We wish them pleasant reading!

Type of project: Translation of a company video

The Spanish section of an international trade group wanted a presentation video translated from English into Spanish, initially with subtitles.

During the analysis of the video, however, we established that the quantity of text was so large that subtitling would have involved considerable abridging, because reading speed is much slower than listening speed. If there is a lot of very fast speech in a video, it is inevitable that some of the information gets lost when the subtitles are added. To avoid this, we recommended to the client that the text be translated before synchronizing the video.

This suggestion convinced the client. As no script was available, we had to transcribe the text to begin with. The translation for voiceover synchronization must be adapted in such a way that the duration of speech in the target language is slightly shorter than in the original so that the original language can be heard briefly at the beginning and end of the voiceover. The synchronized spoken text now relates the content of the original in full. The client was very pleased with the results. If you would like to convince yourself too, just click on the link:

You can find out more about which cookies we are using or switch them off in settings.

This website uses cookies so that we can provide you with the best user experience possible. Cookie information is stored in your browser and performs functions such as recognising you when you return to our website and helping our team to understand which sections of the website you find most interesting and useful.

Strictly Necessary Cookie should be enabled at all times so that we can save your preferences for cookie settings.

If you disable this cookie, we will not be able to save your preferences. This means that every time you visit this website you will need to enable or disable cookies again.

This website uses Google Analytics to collect anonymous information such as the number of visitors to the site, and the most popular pages.

Please enable Strictly Necessary Cookies first so that we can save your preferences!